After going into early prep twice as writer-director of the film version of DIVA and once on another movie, only to see each of those near productions fall through, Gould finally got to make his directorial debut with THE SIX WIVES OF HENRY LEFAY.  The talented and delightful cast included Tim Allen, Elisha Cuthbert, Jenna Elfman, Andie MacDowell, Barbara Barrie, Jenna Dewan, Edward Herrmann, Chris Klein, S. Epatha Merkerson, Larry Miller, Eric Christian Olsen, Lindsay Sloan and Paz Vega.

Unbeknownst to Gould, however, a number of the producers and financiers had gotten involved with the project for, to put it delicately, reasons other than a passion for cinema.  When Gould discovered during pre-production how much money was being siphoned from the budget for unrelated purposes, he challenged the situation and was threatened with a lawsuit, under which threat he completed principal photography.

During post-production, two members of the financing unit–a car dealer and a personal injury lawyer, both new to the film business–took the movie away from Gould and recut it themselves.

Gould’s edit was subsequently restored upon his agreement to return and shoot some additional material, but by that point the financiers had spent themselves into such a hole that they were losing control of the project.  By the time the entire two-year debacle was over, a foreign bank had foreclosed on the movie, two separate generations of inept producers had been fired, the LLC created to finance the movie had declared bankruptcy, various knaves and fools had begun filing lawsuits against each other… and the film, despite Gould’s desperate pleas, was locked and finished in a second bad edit, this one done by the second set of incompetent producers.  It ran theatrically in a couple of countries; domestically it was dumped to home video, back when that was a bad thing.

This all happened simultaneously with the collapses of the economy and the feature film business, and it took a decade for Gould’s career to recover.

The bastardized version is available on Netflix and runs surprisingly often on Showtime.  No link is included here because, though most of the scenes are basically as intended, they are pasted together in the wrong order, and the movie is, as a result, boring.  Gould believes it is best experienced in small bites when accidentally happened upon on cable, a few random scenes at a time. 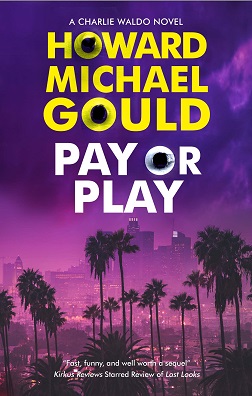